They are up and running (at least on Silverlode) and I was able to do both the Shire one and the Bree race, although some were reporting issues with the Bree race.  I’m not real sure what’s going on there, but I did even fall off so it isn’t like I ran a perfect race.

So I have a few shots of the horse and a couple of the items I got already. 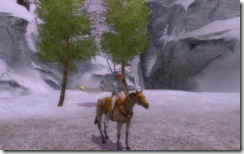 After all my racing around I did need a break, so I took a little nap in my new hammock 🙂

And after waking up I decided to check out a couple of views in my new chair: 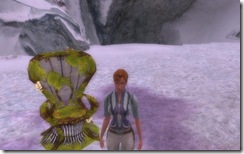 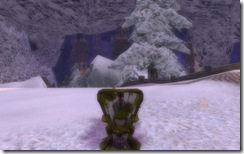 So I anxiously waited this morning for the start of the festival such that I could get the new festival horsie.  Sadly it appears they’re either delaying the horse races or there’s an issue with them.  We’ve been chatting on Twitter and at least Silverlode, Landy, and Big E are all experiencing the same “issue.”  I will be posting updates as soon as I get them, hopefully with pictures.

I also wanted to put up some links for folks to check out the walkthroughs of the various events as much of the festival hasn’t changed.  I will admit that for the festivals, I find a Casual Stroll to Mordor to be the best resource as they not only have the walkthroughs but screenshots as well.  First up there are some of the always there general quests like the Inn League, Dancing, and the farming quest.  You can check out the post on the Spring Festival as the horse races and Ale Association parts are the same.

As for rewards, you can also check out a recent furniture guide which has shots of most (if not all) of the rewards from the festival.  There are a couple new items like the hammock and such that I might end up getting as a nice change of pace from my normal decorations.

I’ll be checking things out to see what all’s new in the Festival but wanted to share some of the info up front for folks.

One thing I did want to point out is that there’s a quest to turn in your badges of dishonor from the Ale Association in for festival marks.  Pretty nice addition if you ask me, or maybe I just missed it last time.

Below are a few snaps of some of the items and new quests.

Couple of the new cloaks: 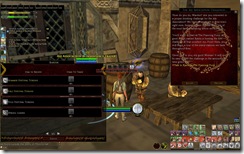