So like I mentioned in my post last week I’ve been spending quite a bit more time raiding and wanted to share some more observations and some other strategy links.

First up, I did parse our fights from last week using CStats and saw some interesting numbers.  This was from our longest and best attempt at Durchest and I’ll show a couple of snapshots: 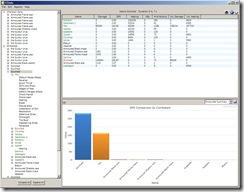 Now this only shows the fight from my perspective but it is interesting just how much healing I was able to pump out.  If there’s any disagreement about Warden’s lightening the load on the healers, here’s the proof 🙂  Also notice how damn hard Durchest hits! 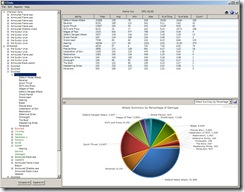 This shows all my damage by attack, and the main thing I wanted to point out is how much damage our bleeds can do and also clarify that I don’t actually auto-attack that much it is just the “hidden auto-attack” that ticks despite the animations. 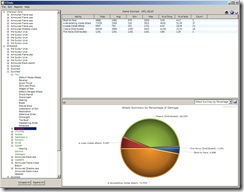 The final snap from the fight shows some stats on Durchest’s attacks, kinda interesting to see how painful those cleaves can be and need to be mitigated as much as possible.

And for those of you trying to learn this raid, check out this long forum thread as there’s lots of good information and annotated snap-shots to help explain what’s going on.  Not that the poster is 100% right on everything (nor does he claim to be) but there’s good discussions about some of the different methodologies.

So this information came out last week but I wanted to toss it out to give my take on it.  I saw the notice on both the live boards as well as over on MMOrsel.com pointing to a PAX East interview with Adam Mersky their Director of Communication.  I’m not sure if he was supposed to say this, but he essentially confirms the speculation that we’re headed to Enedwaith next on our way to Isengard which would make a nice smooth segue over to Rohan for an expansion.  This forum post has some good pictures highlighting where this area is, but essentially is is the area south of Eregion and south-east of Eriador.

Based on how Volume 3 starts off, this makes sense as we would then lead the rangers down the North-south road and on to meet Aragorn in Rohan.

However, the problem that I have with this path is that it seems to take us on a course to collide with the armies of Isengard which seems a bit too early in the storyline.  We’re only just beginning the Two Towers and unless we’re going to miss the whole Helm’s Deep action (which would suck) I’m a little confused.  Maybe the explanation is that if we’re just leading the Rangers we could be sneaky and slip by Isengard to join up in Rohan  This would then allow us to provide intel for Rohan and what’s transpiring in areas the “Fellowship” doesn’t have visibility to.

I guess this path seems the most likely but I’m just struggling with how they’ll deal with Isengard.  Couple with that a lack of knowledge of Rangers’ story (I did find some information on Wikipedia but not much) and there just seems to be many options available to Turbine – which is a good thing for us, but annoying since they’re not talking about it :).  I guess I should’ve had the CStM folks ask the Tolkien Professor about the Grey Company.